Largest Combined Protest In US History

The mobilization of growing discontent with governance presented itself yesterday.  Many will deny it.  Estimates ranging from 3.3 to 4.2 million people, the largest in US history, protested the transition of power.

Smart money is looking at these numbers without bias and saying what's next?  Rising social disorder stemming from a lack of proper representation from both aisle of our Republic will become well recognized and, more importantly, better organized trend from 2017 to 2020.

Discontent has been bubbling under the surface of American society for decades.  Many will blame Trump as the source, but he's only the trigger mechanism that replaces action with apathy. 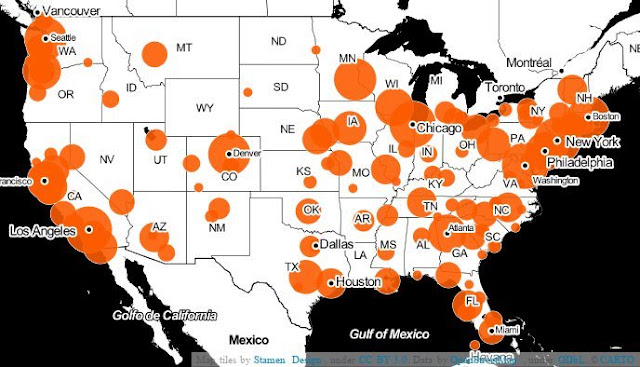 Posted by Eric De Groot at 9:28 AM
Email ThisBlogThis!Share to TwitterShare to FacebookShare to Pinterest
Labels: Discontent, Politics, Socialism