S&P500's overall trend, revealed by trends of price, leverage, and time, defined and are discussed in The Matrix for subscribers.

A lot of talking heads are bullish on stocks, or at least talking them up as prices rally from the December low. The Matrix says bullish talk is early at best. As long as the sentiment and VIX models remain in bear phase, the bears control the trend. The bears have been controlling the trend since October.

Intermarket trends also define headwinds for stocks. The US Treasury to S&P 500, a key intermarket trend, has been positive for 10 weeks (chart). Positive defines a bear phase for stocks and risk appetite with the possibility of declining or contracting economic activity in the coming months. What's worse, 10 weeks generates a BuST = -0.4 which suggests the bear phase has yet to reach its cyclical mean. Like it or not, stocks face headwinds until the models and numerous intermarket trends turn bullish. Don't listen to the talking heads. Follow the Matrix to understand concepts the the talking head have to ignore; they'd lose their jobs if they talked about them. 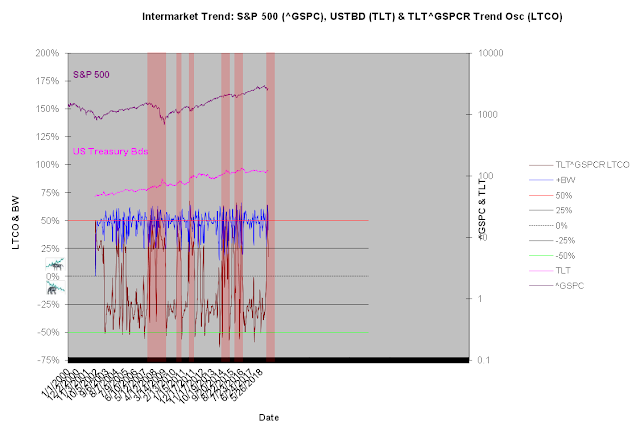