The Fed's major announcement due later this week is misdirection. While the talking heads will focus on the misdirection as major news, the real story, a discussion that cannot be addressed, should be on the resumption of balance sheet expansion on July 2019. The Fed began to expand its balance sheets long before the virus was recognized, obsessed about, and positioned as the trigger of the economic/financial collapse. 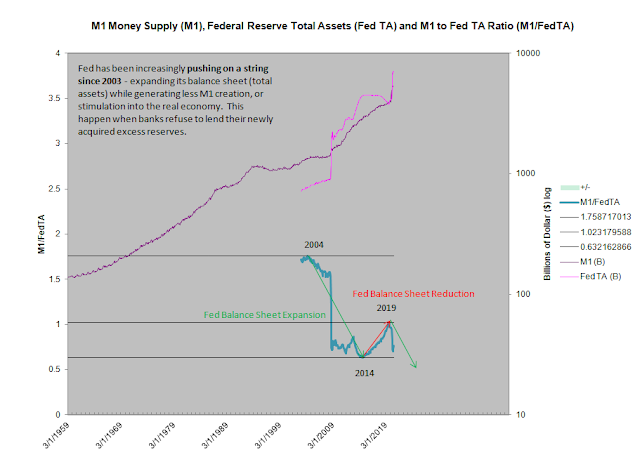 Posted by Eric De Groot at 8:53 AM
Email ThisBlogThis!Share to TwitterShare to FacebookShare to Pinterest
Labels: News