Sentiment toward stocks is euphoric or higher, says popular rhetoric on social media. The computer not only disagrees but also it defines the sentiment backdrop as extreme pessimism. Some might say extreme pessimism is bullish, but lingering extreme pessimism was common from 2001-2002 and 2007-2009, so investors must be careful. Investors are pessimistic for a reason. Extreme pessimism doesn't always fuel rising stock prices. Stocks have rallied (for now), because the world views stocks as a better parking destination than debt. 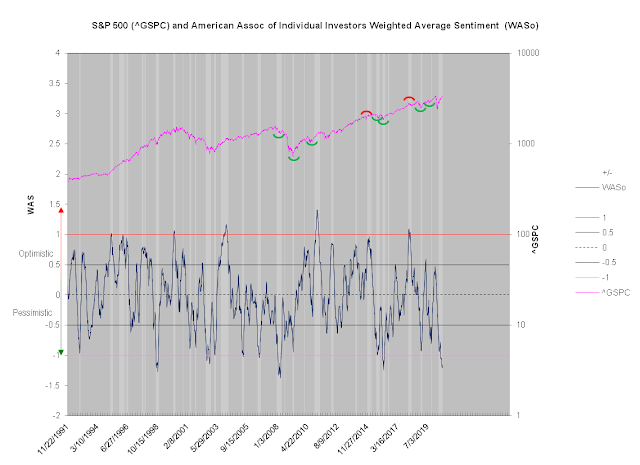 Posted by Eric De Groot at 8:12 AM
Email ThisBlogThis!Share to TwitterShare to FacebookShare to Pinterest
Labels: Sentiment Review