All politicians capitalize on the moment. Touting an economic backdrop for short term benefit is exploited by both Democrats and Republicans. 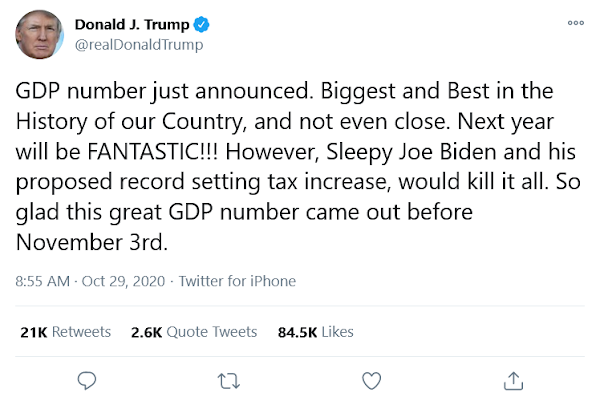 How is the economy really doing? Consumption, the largest component of US GDP, represents nearly 70% of GDP. It continues to fall from the 2011 high (68.7%). The steady decline from the 2011 high is a concern for a consumption driven economy. China is laughing and the US public (majority) is clueless. Restoration of the GDP to all time highs or better requires consumption. Consumption requires cash handouts or tax cuts for the majority of the population, not just corporation or the wealthy. 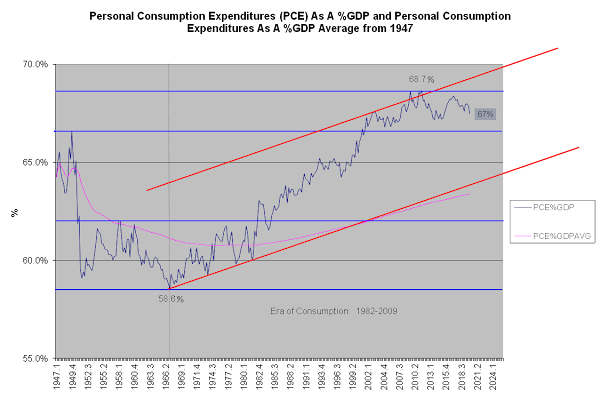 Posted by Eric De Groot at 11:31 AM
Email ThisBlogThis!Share to TwitterShare to FacebookShare to Pinterest
Labels: Economy Review