Bitcoin's overall trend, revealed by trends of price, leverage, and time, are defined and discussed in The Matrix for subscribers.

Bitcoin and cryptocurrencies are soaring. Will digitals currencies, the end of paper money, solve all the world's problems? Unfortunately, it's doubtful.

Whether the public realizes it or not, the infinite debt pile, has a finite lifespan. Global policies following Keynesian economics that include infinite QE, Modern Monetary Theory (MMT), and zero and negative interest rates have failed to stimulate the global economy. The world is addicted to debt and debt-fueled growth, but the law of diminishing returns reminds us that infinite debt won’t support global economic growth much longer (chart1). Every dollar of debt is producing less and less economic growth since 1950's. 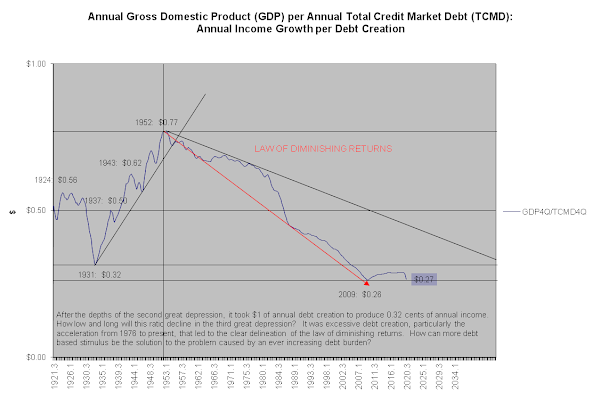 The world inherently knows it. That’s why the velocity of money is collapsing (chart2). People are hoarding their money rather than spending it. Calls for hyperinflation in world's core economy are not possible until the velocity of money turns higher. That won't happen until confidence in governance and the systems that support it collapse. 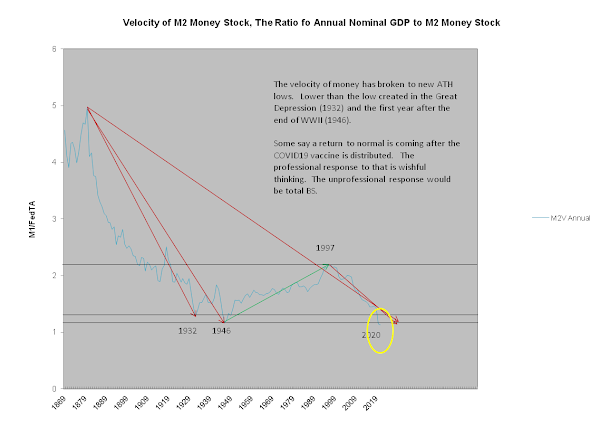 The inherent support for cryptocurrencies is not the power of blockchain, speed, or power to the people but rather prevent the normal tendency of hoarding cash - pulling money from banks during periods of intense uncertainty. Gold and/or precious metals, increasing positioned as useless during capitulation, also offer an alternative to the coming currency cancellation and/or devaluation.

Anyone viewing cryptocurrencies as a “solution” or better alternative to cash, gold, or silver will it difficult to hide in private “money” without scrutiny, oversight, and intense regulation against what will likely emerge as public digital money. No better way to gain acceptance of it then let the private cryptocurrencies soar!

Digital money requires high speed communication and quantum computing for ultimate security, at least for some. Everyone else will be pushed into the open as digital money will be fully tracked. The reason for fully tracked will be lure of 100% tax efficiency.

100% tax efficiency is an illusion that will only push further social discontent. The public rarely complains when jobs are plentiful and pockets are full of money. Thanks to the failing endless debt pile, failing confidence, and orchestrated attempt to rebuild the economy through the interests of the few rather than the invisible hand (many), the global economy won’t return to full employment regardless of how many stimulus checks are handed out.

Depending on how far things are pushed. The world will adapt (as it has always done) through private black markets. It doesn’t have to be this way, but history seems determined to repeat.

Posted by Eric De Groot at 8:12 AM
Email ThisBlogThis!Share to TwitterShare to FacebookShare to Pinterest
Labels: Bitcoin Review