Fixing the US Economy - Shame on Us All

The consequences of the Fed's actions, revealed by trends of price, leverage, and time, are defined and discussed in The Matrix for subscribers.

Boomers have been blamed for much of the world's woes

And, no doubt, us Boomers have made some serious mistakes X,Y,Zers have inherited

There are far too many things to talk about here. Let’s focus on money, debt, and multi-generational irresponsibility of spending and debt.

The world went off the gold and silver standard because it forced austerity during financial and economic crises, or during periods when liquidity and flexibility were needed the most. I know the Internet likes to blame the Fed and central banks, but their original designs were corrupted by politicians looking for easy ‘solutions’ for their irresponsibility. The same thing would have been said for despots, monarchies, and the great republics of the past if central banks existed.

The world ditched the gold standard because it needed flexibility of money to combat the mortal enemy of all empires – excessive spending and debt. The problem is not what defines money but rather irresponsible spending and debt creation. This lesson is repeated throughout history, so it hardly pays to point fingers at generations. Greed, fear, and irresponsibility are timeless. It defines the rise and fall of all empires.

As for which generation got us into this mess, the question is immaterial. Anyone still alive and voting today have and will continue to contribute to the problem. Whether it be pulling levers, checking boxes, or filling out mail-in ballots, the problem of excessive spending and debt continues regardless of which candidate is selected. “Go big or go home” in relation to stimulus requiring trillions of dollars of new debt will not restore the economy, yet we all have our hands out. Everyone from private to public sector has had their hand out for decades.

Subscribers have seen the credit (debt) to incomes charts already. The higher they go, the more the majority appears to be immune to the warnings inherent in them (chart 1). Every action carries a consequence, but we all put our heads down and talk about other more-important, or comfortable things. It's a sh*t show, but nobody cares, because we're told it doesn't matter. That's incorrect, and we’re going to dump it on generations still watching cartoons. 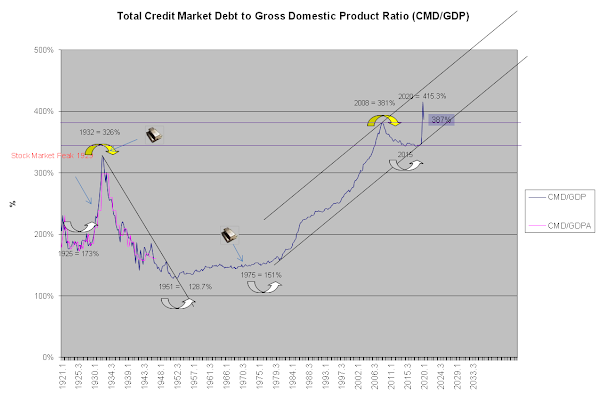 Which group in the US is the worst offender with debt? It’s probably the federal, state, and local governments? Nope. Domestic nonfinancial sector, a group that includes households, is the worst offender of debt (chart 2). This group is doing all the voting and screaming drain the swamp. Voting to drain the swamp is similar to the expectation that an alcoholic will support a candidate running on a platform of prohibition.

The only observation that applies here is shame on us all. 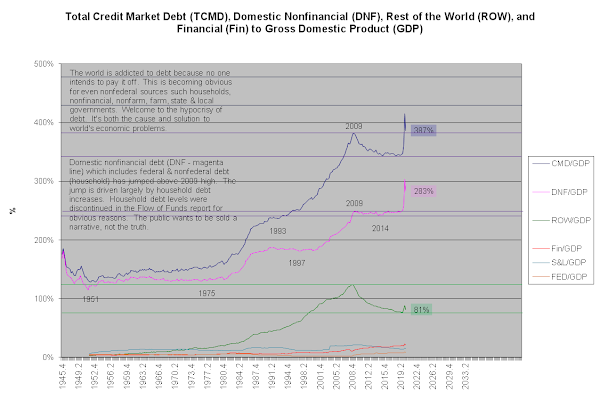 Posted by Eric De Groot at 11:52 AM
Email ThisBlogThis!Share to TwitterShare to FacebookShare to Pinterest
Labels: Crisis, Debt, Economy, Money, The Fed