The Nasdaq 100's overall trend, revealed by trends of price, leverage, and time, are defined and discussed in The Matrix for subscribers.

Absolutely textbook strength, coming from all the right *individual* Stocks.✔️

Setups responding with precision & no hesitation – a major "tell".✔️

Just a bit more strength and this *could* be gone... perhaps through the summer.

Important to emphasize: no one is ready for it. pic.twitter.com/MpF1mfLO1S

Challenging bullish interpretations for stocks is not the point of this discussion. The path of least resistance is up, and nobody really wants to talk about why. We watch stocks climb higher, as if it defines a celebration of the return of prosperity, let’s call it Build Back Better, rather than a warning about deteriorating confidence within a declining empire. It’s 100% safe to say "nobody is ready for" the latter.

The point of this discussion is "no one is ready for it (rally)". Everyone is ready for the rally! That's why sentiment (WASo) climbed above 1 last week; it’s generated the third highest reading since 1991. WASo climbs above 1 when the majority (basically evreyone) expects only higher prices. 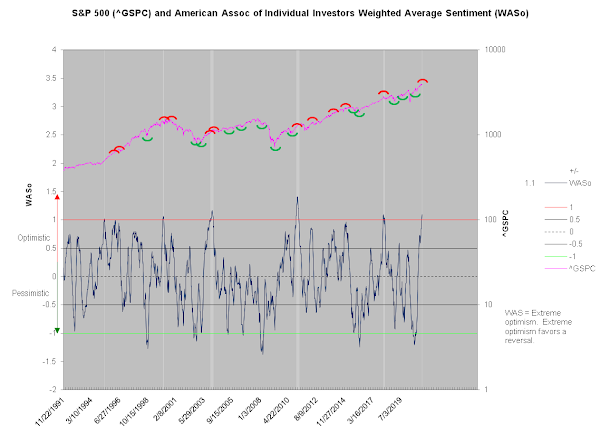 Can sentiment get even more bullish? Yes. WAS1, a slower-moving and dynamic measure of sentiment, is still below 0.5. This tells us than if stocks want to move towards a 1987, 1929, or 2000 blow off top, there's still some residual pessimism towards stocks on the sidelines. 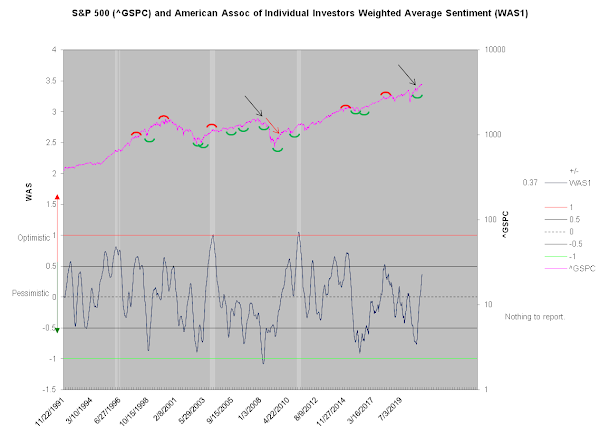 Please continue watching WASo and WAS1 in the Matrix. The truth only matters when narratives fail.