Coffee's overall trend, revealed by trends of price, leverage, and time, defined and are discussed in The Matrix for subscribers.

Soon even the clowns of the Internet will be talking about coffee. They'll tell us how they saw it coming despite a lack of supporting evidence. Let's be clear, coffee should be played by the Evolution of the Trade. The coming clown show which includes mouthpieces on MSM and social media gurus will be hyping at the wrong time. Ignore them!

The latest Coffee Review discusses the setup and play. Subscribers need to watch the latest video. Anyone saying I don't care, trade, or like coffee forget the first rule of trading - leave emotions out of it. Pros trade any high probability setup. 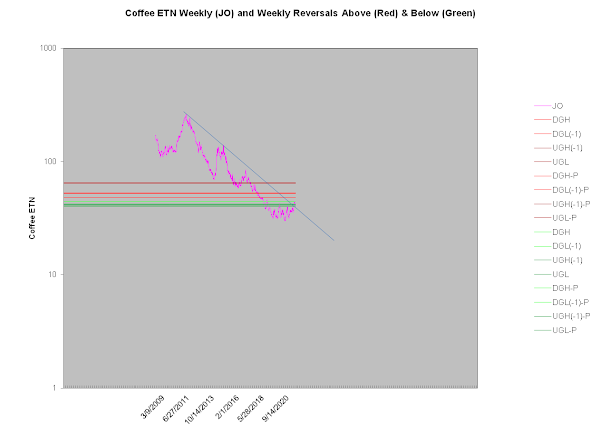 Posted by Eric De Groot at 7:19 AM
Email ThisBlogThis!Share to TwitterShare to FacebookShare to Pinterest
Labels: Coffee Review