Last week the market could only see higher prices and greed. Now the discussion has shifted to lower prices and fear. If you're shorting against the primary trend (up), you're going to lose that game, but I don't expect that statement to dissuade the bears right now. They'll site every bearish fundamental except for energy. They could be right, but if energy doesn't confirm it, the invisible hand will smash them.

Most traders only see in the moment. Right now that moment is down, though, there's no way the Evolution of the Trade would describe it as that.

Subscribers should be watching the weekly reversals AND energy. Rising energy into support (weekly reversals) creates support cups that end consolidation. We're not there yet, but it might not take very long if fear takes over.

Know where those reversals lie. We're approaching an important weekly zone for $CORN, the corn ETN. Support for $CORN usually translates into support for the continuous contract. Download the Matrix and know exactly where the zone lies. Follow it closely. 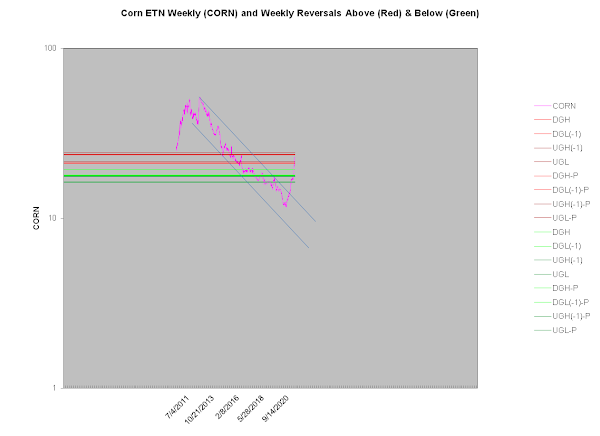