Silver's overall trend, revealed by trends of price, leverage, and time, defined and are discussed in The Matrix for subscribers.

Silver investors might be asking, when is silver's turn as a runaway trend coming? The Evolution of the Trade, the investment discipline we use, says silver's turn is already here. Silver's primary trend has been up for 12 months and 52%. 52% annual return is impressive, so what's the problem? The problem is self. Self wants more and it wants it now.

Additional returns, what we recognize as acceleration won't likely happen until Silver's large bearish energy build dissipates. At this point, the silver bugs say screw you! I sympathize, but all trends are defined by probabilities. While silver's primary trend could skyrocket higher at any point, the odds of it doing this against a large bearish energy build are less than 25%. 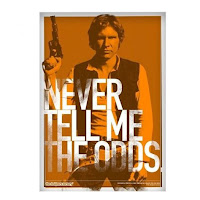 As Han Solo would say, “Never tell me the odds.” Solo might have been a half-assed trader, but cool is cool, I guess. I the real world we need to know when the odds favor us. Reacceleration of mark up is more likely to happen once the bearish energy build dissipates into a bullish one. When is that going to happen? Who knows? We only know when it happens.

If silver's DI spikes, the only thing I will guarantee is that few will recognize the change. We won't miss it. Silver traders should be watching DI this summer. 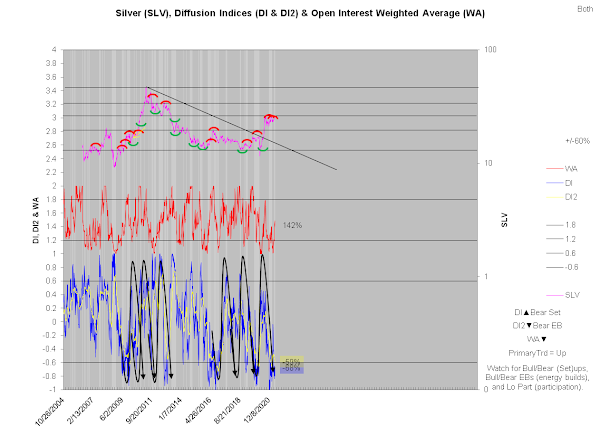