The economy is so strong that the Fed is expanding its balance sheet faster than the narrow money supply. The computer labels this balance sheet expansion; it highlights the LTCO time series with a red box. It's been highlighted for several months. That usually happens when the shit is hitting the fan. MSM tells us everything looks great now.

Look, don't shoot the messenger. Only reporting the data until the Fed decides its no longer in the best interests of the country to publish it. They've done that before, so enjoy it while you can. 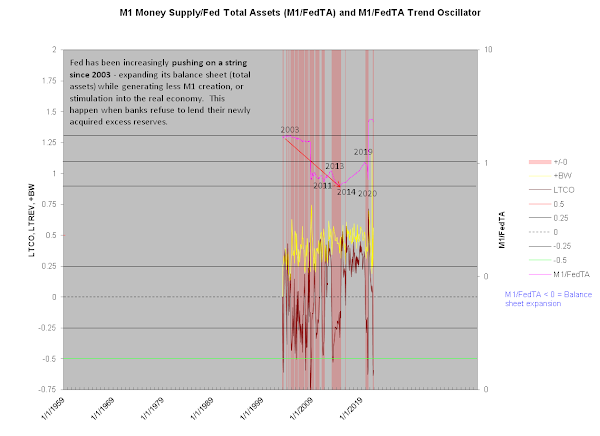