Those that view the message of the market on daily basis are likely confused by trading noise. While trading noise contributes to long-term trends, it does not define them. The focus on short-term noise rather than trends, a source of confusion for the majority of investors, leads to the creation of bagholders at major trend transitions.

The US Dollar Index's overall trend, revealed by trends of price, leverage, and time, are defined in The Matrix for subscribers. 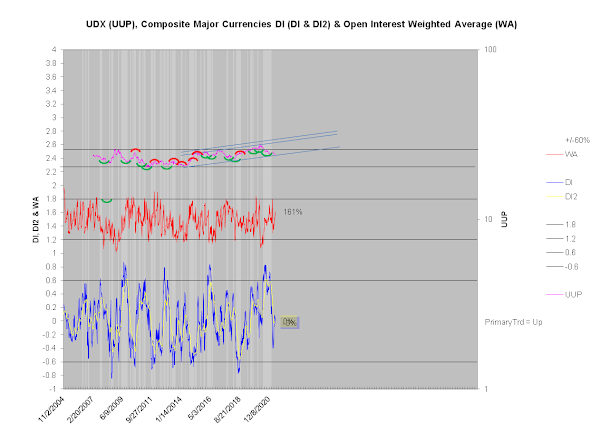 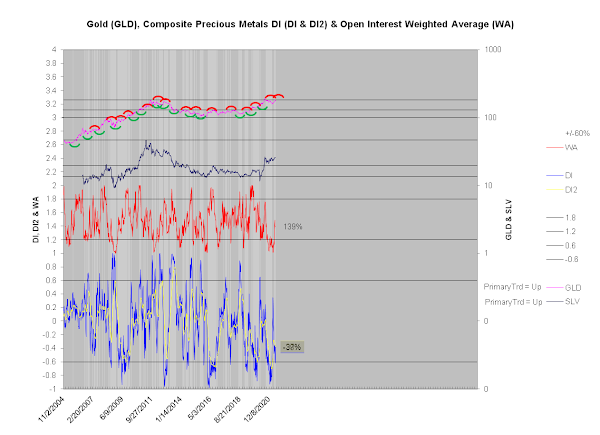 Posted by Eric De Groot at 9:02 AM
Email ThisBlogThis!Share to TwitterShare to FacebookShare to Pinterest
Labels: US Dollar Index Review