S&P 500's trend, revealed by trends of price, leverage, and time, are defined and discussed in the The Matrix for subscribers. 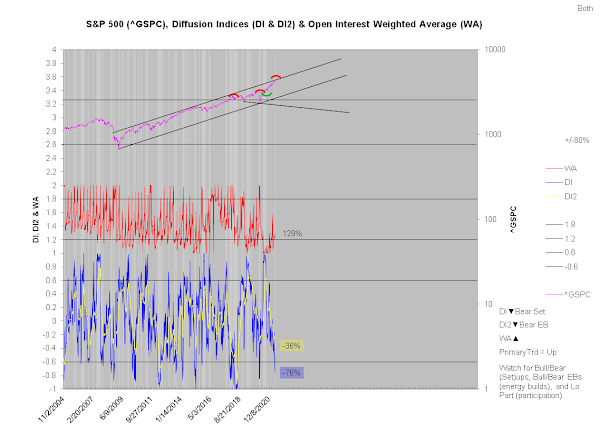 Triumph released a sign called "Fight the Good Fight". I think of this song when the bears start talking about shorting the US stocks.  Fighting the Good Fight is not timing, though for some, it generates a lot of clicks and followers. There's a big difference between a blocking dome (EOT phase 3) and NIBBLE (EOT phase 1).

The difference is time. Those that fail to recognize it get carried out in a body bag.

All primary trends get old. Patience. Nobody will listen when the time comes, but don't worry, I'll be screaming. Dividend Yield Cycles tell us the shit will hit the fan when it comes. Subscribers will know.