The civilian labor force is nearly $3.7M less than it was pre-pandemic, yet the economy is supposed to be better? Yeah, right. 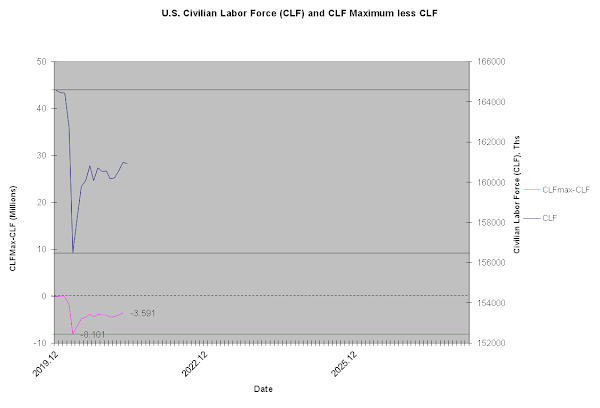 Posted by Eric De Groot at 8:53 AM
Email ThisBlogThis!Share to TwitterShare to FacebookShare to Pinterest
Labels: Economy Review