Much of today's economic data, time series centralized collected and produced, are highly unreliable. Statisticians employ well-documented techniques such as geometric smoothing, seasonal adjustments, substitution, double counting, and "hedonics" to adjust outcomes of economic time series as far back as the 1980’s. As long as the public accepts the description of the economic backdrop by this data, and assumes politicians and central bankers are fully responsible for setting direction of them, the drive to massage, spin, and/or manufacture data driven outcomes remains high. Administrations as far back as the 1980’s have utilized heavily modified and revised economic data for political gain.

The Fed and public officials (in general) believe the population is too stupid to understand what's taking place. "The economic is recovering" narrative recycles roughly every 15-20 minutes on MSM and various social media outlets. Guru after guru tell us the economy is recovery, airline travel is nearly normal, and life is nearly back to normal. Yet when the effects of inflation are removed from nominal GDP growth numbers, the miracle of infinite debt expansion reveals that many of today's gurus probably live and work behind the dumpsters of 7/11 convenience stores. No offense to 7/11.

Hey, believe whatever you want. Fake news, an old concept used for centuries to influence the weak-minded, has corrupted logic to the point that crash and burn will be the only teaching moment for many. 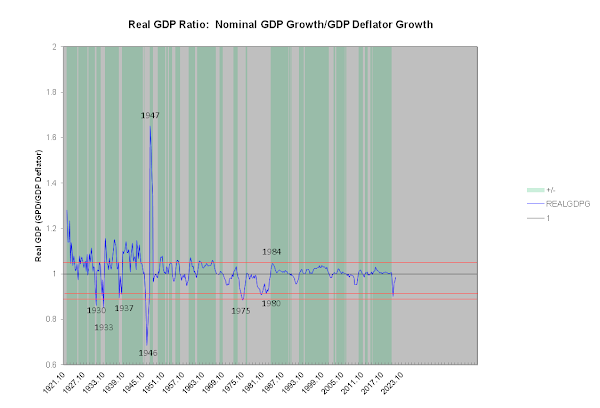