MSM is stumbling over itself to talk about the 'strong' Q2 GDP numbers. Our response is big deal. We borrowed trillions of dollars, handed out a portion of them to consumers, and consumers taught to spend everything they have, goosed Private Consumption Expenditure (PCE) component of GDP to an all-time high. PCE, which is highly correlated to retail spending, has risen to nearly 70% of GDP. How high can it goes before the public realizes we're a nation addicted to debt and spending, and doesn't offer too much else? The only difference between the US and a drug addict (junkie) is that a junkie isn't sitting on a pile of nukes.

Private Consumption Expenditures As % of GDP 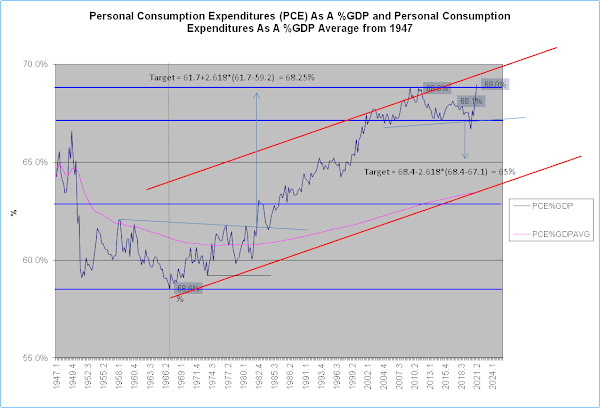