US Treasury bond’s overall trend, revealed by trends of price, leverage, and time, are defined in The Matrix for subscribers.

The market that's supposed to rally only when risk-off (rising bonds and falling stocks prices) overpowers the weak. Today's rally mystifies the public convinced the backdrop remains risk-on, because they refuse to learn how to read the invisible hand. The invisible hand's extremely large bullish energy build (DI &DI2 way above 60% for months) warned anyone reading this blog that the market was primed for at least a powerful countertrend rally, perhaps, even more (see Bond Composite DI below).

Nobody cared until the wolf pack squeezed their short bond positions. The pain is understood by comments such as "only A-holes buy-and-hold bonds", as they lose money to support their opinion.

We play bonds according to the Evolution of the Trade, so frankly, I couldn't care less what the Internet says. The play remains neutral, but fully aware that energy exists to fuel a rally until the primary trend flips up (see Primary Trend below). We'll assess the composite trend when if and when it happens.

If you believe that can't happen, then take a look at the DI. Both DI & DI2 are well above 0% zero. Get a grip on that ego and listen to the market. 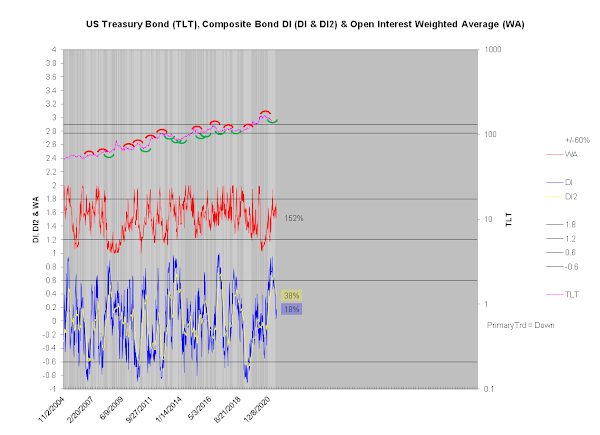 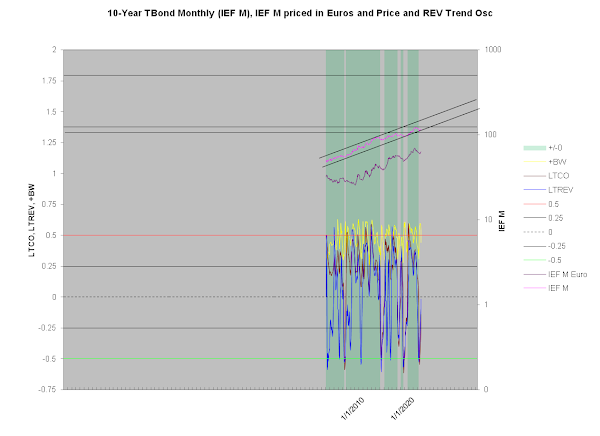 Posted by Eric De Groot at 6:23 PM
Email ThisBlogThis!Share to TwitterShare to FacebookShare to Pinterest
Labels: US Treasury Bonds Review