If you're a stock trader, one of the best timing tools in the Matrix is the VIX model (Line 58 of the Trends Tab of the Matrix). The table below records buy-and-hold performances from 2009 and 2018 against bullish and bearish impulses of the VIX model.  It usually beats buy-and-hold by a few points (alpha) without many trades.

The strategy is simple. Buy bull phases (green boxes), and sell when it disappears (unshaded regions). Aggressive traders can short the bear phases. Investors can sit in cash rather than short. 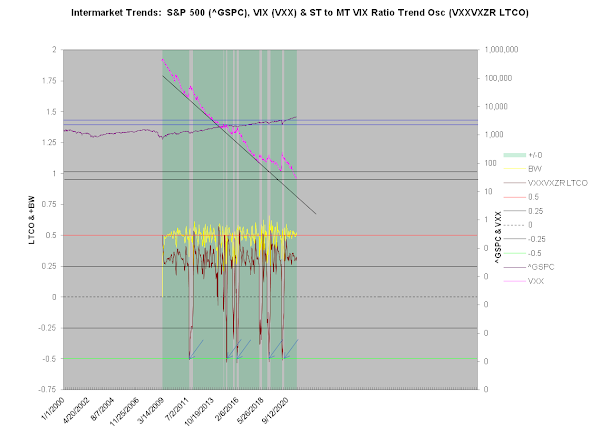 Posted by Eric De Groot at 1:06 PM
Email ThisBlogThis!Share to TwitterShare to FacebookShare to Pinterest
Labels: US Stock Models Review