Those that view the message of the market on a daily basis are likely confused by trading noise. While trading noise contributes to long-term trends, it does not define them. The focus on short-term noise rather than trends, a source of confusion for the majority of investors, leads to the creation of bag holders at major trend transitions.

The US Dollar Index's overall trend, revealed by trends of price, leverage, and time, are defined in The Matrix for subscribers.

I remember taking a lot of sh*t for describing the massive bullish energy build in the US dollar, and suggesting that the dollar's climb higher was likely not over (see Composite Major Currencies DI). 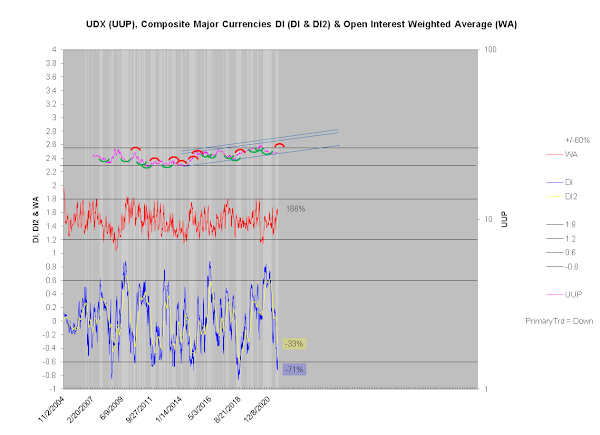 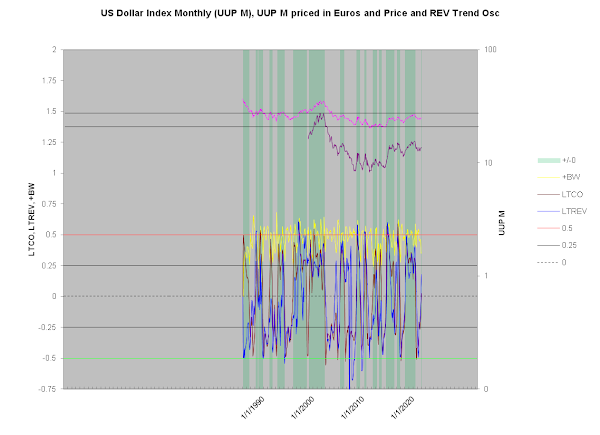 Simply put, it means "the game or life" so eloquently described on MSM has changed. The next bearish energy build might only be a blocking dome that only slows the advance. Primary trends are not easy to flip once started. They usually require a massive bearish energy build against an aging trend to flip. In other words, the dollar rally could be the backdrop for months/years.

Why? I don't know. The invisible hand knows. It's telling us the game has changed, yet nobody will listen until MSM updates them.  If you're waiting for an MSM explanation, it will be too late.

Posted by Eric De Groot at 11:35 AM
Email ThisBlogThis!Share to TwitterShare to FacebookShare to Pinterest
Labels: US Dollar Index Review