Much of today's economic data, time series centralized collected and produced, are highly unreliable. Statisticians employ well-documented techniques such as geometric smoothing, seasonal adjustments, substitution, double counting, and hedonic adjustments to influence economic time series as far back as the 1980s. As long as the public accepts the description of the economic backdrop by this data, and assumes politicians and central bankers are fully responsible for setting direction of them, the drive to massage, spin, and/or manufacture data driven outcomes remains high. Administrations as far back as the 1980s have utilized heavily modified and revised economic data for political gain.

Experienced teaches us that data can be whatever it wants to be in the short term. Statistical techniques, i.e. tricks, are often reversed through data revisions when nobody is looking. Revisions take place when Administrations or Administration’s goals change.

Our job is to talk about the action of the invisible hand regardless of beliefs or narratives circulating the Internet. The inflation narrative often accompanied by some variation of the GIF below generates a lot of clicks, arm waving, and usually ends in Gold or Crypto We Trust.

The crux of the narrative says the dollar is dead because the Fed is printing money. QE in its various forms since 1995 has produced very little inflation, yet the majority embracing this story without checking its validity.

Inflation is finally rising today, not because the Fed suddenly starting printing money but rather confidence is beginning to fail. Confidence is the one metric lawmakers, central banks, and other policy gurus can rarely move in the opposite direction. Crash and burn of the global economy, not through the Great Reset, but rather the invisible hand is the only option.

This is why confidence has slipped into what will likely be one of the longest or longest bear phases on record. The bear phase will likely be worse than the 70s, a period everyone thought was extremely painful. I encourage the subscribers to read or watch the Confidence Reviews at your convenience. 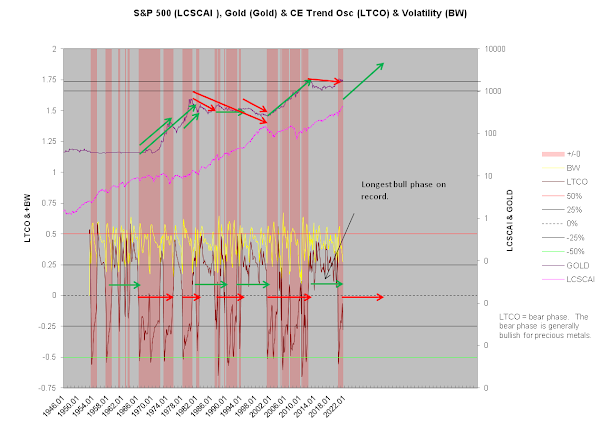 Posted by Eric De Groot at 7:32 AM
Email ThisBlogThis!Share to TwitterShare to FacebookShare to Pinterest
Labels: Confidence, Economy Review, Inflation