Clearly, the divergence between the S&P 500 (shown below), Dow Industrials, and Nasdaq 100 against the broader market is nothing to worry about, right?  Wrong. 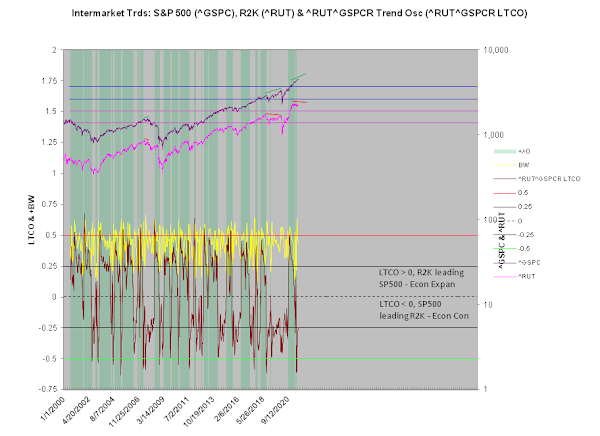 The Russell 2000 to S&P 500 Oscillator (LTCO) is below 0. It's been below zero for a long time. The negative divergence of small caps (broader market) relative to the S&P 500 illustrates a growing disconnect that often ends with a sharp price break.

Posted by Eric De Groot at 11:36 AM
Email ThisBlogThis!Share to TwitterShare to FacebookShare to Pinterest
Labels: Small Caps, US Stocks Review