Quality Spread's overall trend, revealed by trends of price, leverage, and time, defined and are discussed in the long term cycles section of The Matrix for subscribers.

China Evergrande's snowballing debt crisis is grabbing headlines and worrying trading desks over the weekend. Is its failure, a slow train wreck unfolding, China's ‘Lehman Brothers moment’? Try and filter out the sensation, hype, and opinion and listen to the message of the market.  We call this message the invisible hand.

Lehman bonds also thought Lehman wasn't a Lehman event. Then they did. pic.twitter.com/FF6pbP17Jn 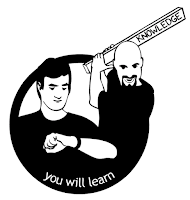 Let's walk through the Lehman Brother's crisis to illustrate how it works. The Quality Spread Oscillator (QSO), Baa-Aaa LTCO first climbed above 0 in September 2005 (See Quality Spread Oscillator Chart). This observation didn't raise a single eyebrow of concern, because Ben Bernanke's Helicopter Speech of November 2002 and stock market rally (since 2003) had the majority (herd) convinced that the FED, the monetary God of Thunder, could fix any problem.  QSO's close above 0 marked the beginning of the biggest global contagion and liquidity crunch since 1930, but any talk of it in 2005 would have been more likely to be confused with discussions about Cap'n Crunch. After a brief dip below 0 in mid 2006 and early 2007, the QSO suddenly jumped above 0 by the summer of 2007. It basically screamed "liquidity crunch" continuously until Lehman Brothers failed on September 15th 2008. Here's the point, the invisible hand (message of the market) was screaming, but frankly, nobody gave a rats ass until the 2x4 slammed down on investors' heads. 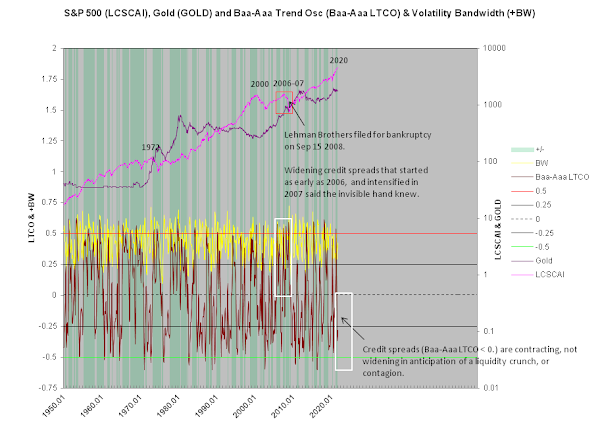 If you want to join the Internet's inane chatter about the meaning of Evergrande's failure, how the Chinese Central Bank, or the Fed will insulate the world from another contagion, my advice is don't bother. 100% guarantee they'll all get the timing wrong.

Listen to the invisible hand! If a liquidity crunch is coming, the long term QSO will be above 0. It's currently below 0. Can I track the QSO in the Matrix?

YES, Line 80 in the Trends Tab of the Matrix. The Matrix's QSO is updated daily and moves much faster than the long-term one shown above.