Trouble is, the VM keeps falling. It's lower than the levels observed at the height of the Great Depression.

Careful assuming it will warn us when deflation gives way to inflation. It will, but assuming the time series will be published gives the government too much credit. The real warning comes when the time series is discontinued. 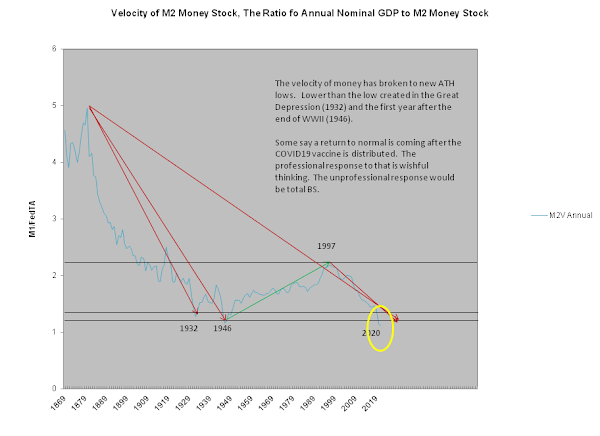