More Pelosi on SINEMA:
"Her position is well known."

Then Pelosi reiterates: "The bill will be fully paid for and the matter is in the hands of our chairs of the Finance Committee and the Ways and Means Committee."

I'm not going to pretend that market observations are designed to burst people's perpetual optimism bubbles. The invisible hand does that without hesitation through the time-tested fetal position teaching method.

With that said, the idea that today's infrastructure or future bill will be paid for is 100% spin driven by cluelessness, or the assumption that the public is too stupid to understand. The Federal Budget is getting pounded to levels not seen since WW2, because spending is outstripping revenues by a wide margin. Who's the enemy today? If interest rates rise, an outcome casually discussed on Main Stream Media, 100% taxation, the Marxist dream, wouldn't balance the budget due to the geometric rise in the Interest Expense on the Debt Outstanding. They don't even try and hide this information.  Total interest expense through October 2021 is already higher than all of 2020.

The coming disaster is a matter of non-linear mathematics. The public doesn't care or understand. If I tried to change that, I would last probably a week as a high school economics, history, or government teacher. Fear motivates people to slam the door of knowledge rather than address it. 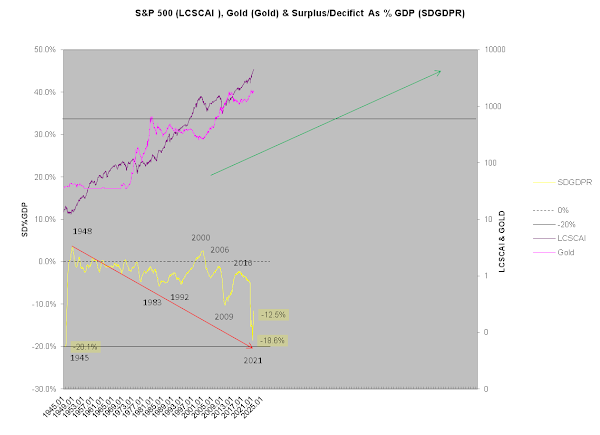 Interest Expense on the Debt Outstanding 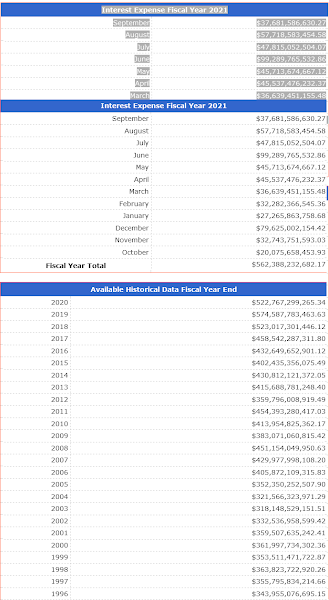