The old American idiom of a day late and dollar short applies to the majority's ability to time (buy or sell) US stocks. The majority, influenced more by behavioral tendencies that seek acceptance of an emotionally-driven crowd, views rising and falling stocks prices as bullish and bearish. Emotions, the tendency to buy/sell when probabilities favor the opposite, relegate the majority as the consistent bag holders of secular trend changes.

The Internet believes that interest rates and inflation are rising because the Fed overstayed its welcome. That explanation keeps everything easy, but it's wrong. The Fed has been extremely accommodating in the past. The Fed adopted easy monetary policy during The Great Depression, and extensive periods of QE after 1995. Inflation and interest rates fell during them.

Why are they rising today? Confidence. Confidence entered a bear phase in 2020. We talked about it. I screamed about it. Watch what happens when the decline in confidence accelerates and lingers for years. Oh, but we can't talk about that. The public; therefore, remains oblivious to the real risks unfolding. 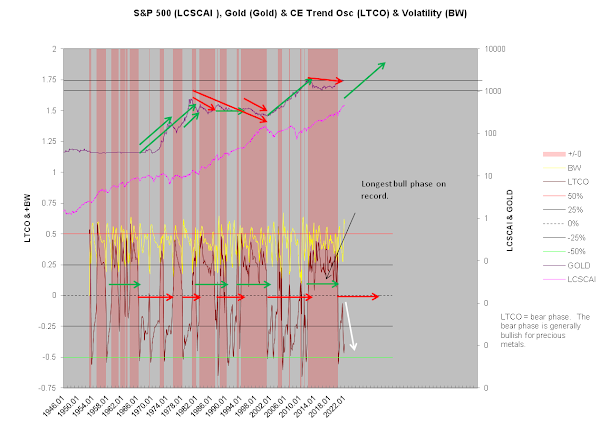 The The $200 US Economy & Stock Report 10/21/21, a series of videos, discusses why traditional textbooks should be thrown away, and the public doesn't understand the changing relationship between stocks, bonds, and the economy.

Posted by Eric De Groot at 8:59 AM
Email ThisBlogThis!Share to TwitterShare to FacebookShare to Pinterest
Labels: Confidence Review