Soybeans' overall trend, revealed by trends of price, leverage, and time, are defined and discussed in The Matrix for subscribers.

(1) The massive bullish energy build, the largest in the Matrix at the time, mattered. Probabilities, not opinion, told us that. Beans' adjusted DI chart, which was discussed in detail in $200 Soybeans Report 10/13/21 (still ongoing), revealed the power of the build. We talked about it while the majority chased their tails. 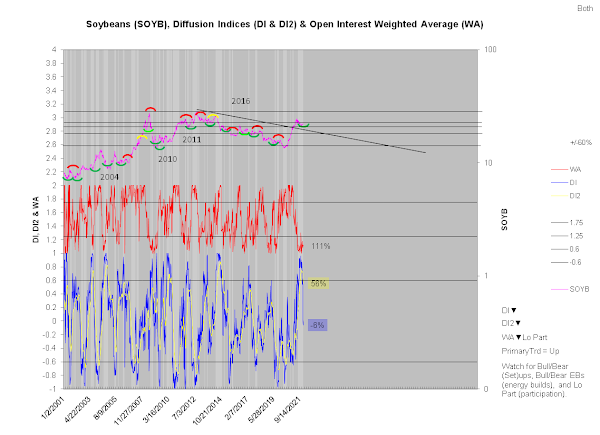 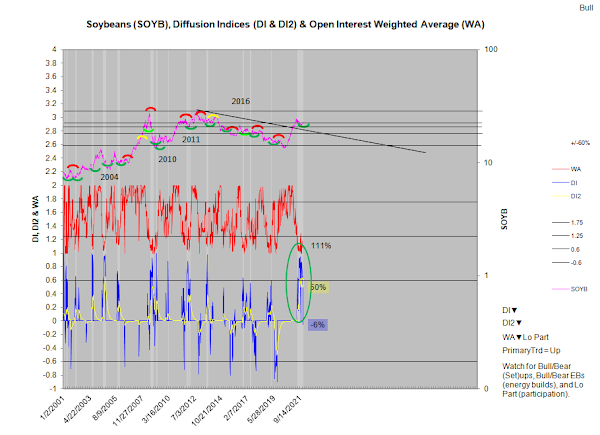 (2) The composite trend has realigned, and the majority continues chasing their tail. They are slowly realizing they were wrong, and will soon chase higher prices.

(3) The majority will also pound their chests in triumph when they should be selling. This is the way of the trade, and why we don't care what the majority believes or thinks.