Much of today's economic data, time series centralized collected and produced, are highly unreliable. Statisticians employ well-documented techniques such as geometric smoothing, seasonal adjustments, substitution, double counting, and hedonics to adjust outcomes of economic time series as far back as the 1980’s. Administrations as far back as the 1980’s have utilized heavily modified and revised economic data for political gain.

Experienced teaches us that data can be whatever it wants to be in the short term. Statistical techniques, i.e., tricks, are often reversed through data revisions when nobody is looking. Revisions take place when Administrations or Administration’s polices goals change.

The economy is not going to return to normal anytime soon. Don't listen to anyone suggesting otherwise. The civilian labor force is still short 3.225 million works since the onset of COVID-19. Here's the interesting part, the number grew roughly 0.18, or 180,000 workers from August to September.

Wait until vaccine mandates take full effect. The civilian labor force will shrink even further, while we cheer the stock market to all-time highs (maybe). 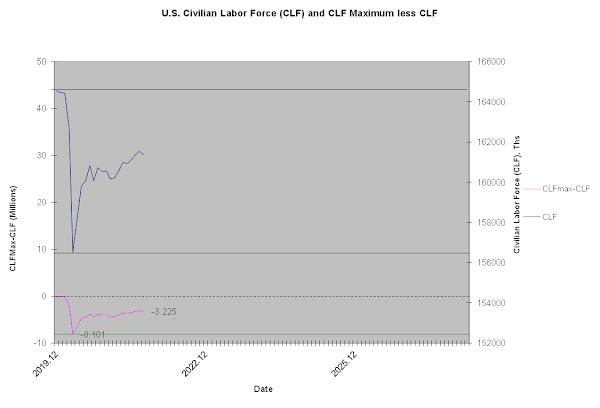 Took the fam out for lunch at Whiskey Creek. Is this seriously what the world has come to?! pic.twitter.com/piMUy3um3B

Throw in apathy, increase use of robotics and automation, and a generation of workers will be lost without purpose. Debt this all day, get angry or sad, things are not returning to normal, and it has nothing to do with Putin. Western economies are failing under an unmanageable debt burden. 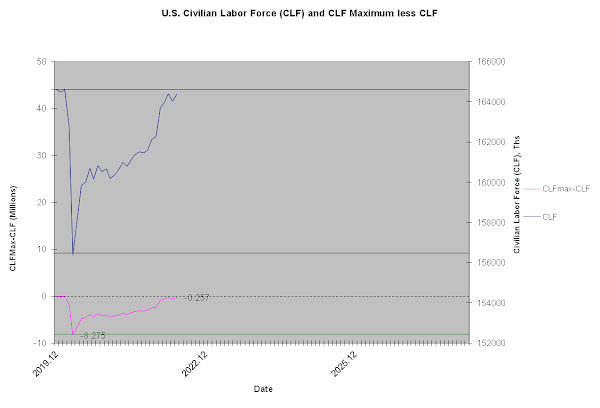 Posted by Eric De Groot at 9:32 AM
Email ThisBlogThis!Share to TwitterShare to FacebookShare to Pinterest
Labels: Labor Review